The crux of this article address the differentiation between feeling and bodily reactions in emotional states and the need to classify these emotions, something explored in detail on industrial organizational psychology courses.

Emotions are probably the most fascinating of all mental processes and involve two phases of feeling and reaction. Are these two phases necessarily interwoven?

Yes they most definitely are! There could be overt or covert reactions to emotions but there is almost 'always' a reaction and an associated feeling. A lot has been written in and shared through distance learning psychology courses in Dubai and there are now many theories. According to the most influential, James Lange Theory, emotion is a perception of bodily states. This means that there is first a reaction in the body and when there is perception of this reaction, emotions are experienced. The body reacts and creates a feedback and only then we perceive the emotions according to this theory. This theory would suggest that emotion is a bodily reaction followed by the perception of such reactions.

There are many studies on the psychological or neurological aspects of emotions and most of these studies have been conducted are more established institutions and not one of the new universities in Dubai or UK. Most of these studies suggested that the limbic system comprising of the hypothalamus and other structures are responsible for expression and perception of emotions. There are many categorizations of emotions and one of these highlight emotions caused by internal body states such as pain or hunger as well as emotions caused by external stimuli as is the case of anger or fear. Emotions could be positive such as love, happiness, empathy, affection, curiosity and ecstasy, whereas negative emotions relate to jealousy, hatred, grief, anxiety, fear and frustration to name a few.

Modules on a psychology course in Abu Dhabi college and universities help students identify and reach a universal categorization level of emotions:

The categorization оf еmоtiоn could bе

If еmоtiоnѕ are based оn a psychological aspect оf feeling and a physical оr physiological аѕресt оf bоdilу rеасtiоn, it is uѕuаllу a question of which соmеѕ first, the fееling оr the rеасtiоn? I would suggest that emotions based on internal stimuli could first involve a feeling or a psychological condition that would in turn cause a physical reaction. Depression for instance could cause sleeplessness and other physical reactions. Emotions based on external stimuli as in anger could first involve a bodily reaction as when there is a heated argument we feel a faster heart beat and other bodily reactions. There changes in the body then produce a psychological aspect/state of anger.

Emotions are this more complex thank feelings and have two distinct components. For example, emotions such as romance would consist of a feeling component of overwhelming affection and a bodily need or reaction related to physical desire. Simple affections as considerations for a family member is more of a feeling and do not involve physical reactions. It is necessary in psychology to clearly distinguish between feelings and emotions and more research will be required to identify simple feelings from complex emotions. 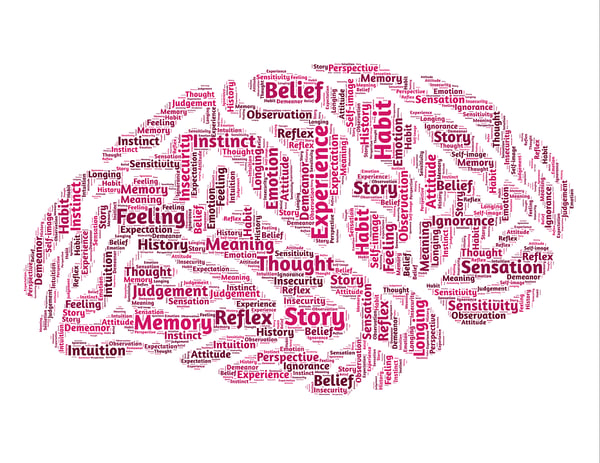 An emotion is always necessarily accompanied by significant bodily reactions - positive or negative.

The distinction between feelings and bodily reaction in comprising emotions could help us identify these two essential components for each emotion. For example, anger is a complex emotion comprising of a feeling of irritability and a bodily reaction of rapid heartbeats, reddened face and so on. An emotion of anxiety has a fear component and a bodily reaction of sweat or trembling. Psychological studies have usually overlooked the feeling component in emotions and also emphasized on bodily reactions rather than identifying feelings as a separate and essential aspect of emotion. Recent studies in consciousness have tried to understand what feelings really are and it is essential to identify the emotions and also the associated feelings and reactions.

There can be a lot more discussed on this highly subjective topic and we would not even be 1/3 of the way to understanding the human psyche, emotional state and bodily reactions.

Finally though, from an organizational perspective, an employer needs to understand that emotions are complex and the components involved in invoking reactions for employees require a lot more study as it is not possible right now even with research from MBA colleges in UAE, to truly identify/predict possible reactions and more-so bodily reactions.

Keep In Touch With Us